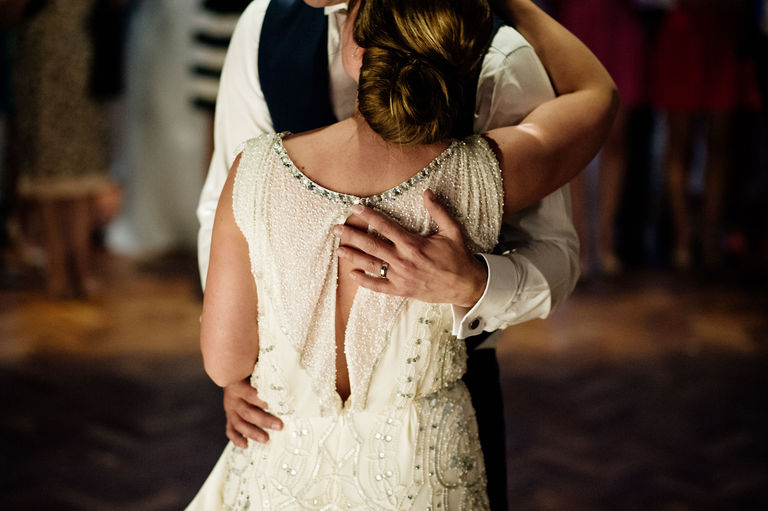 A Stylish Wedding at Thornbridge Hall in Derbyshire

I started off with Charles at their house, where he spent the morning with his groomsmen, all in lovely personalised wedding t-shirts. Their general approach to getting ready was the same adopted by many grooms and groomsmen all over the world. Faff about until the last minute and then rush to get ready. They still had time for shots before leaving though.

And so we made our way to St Alkmund’s Church in Duffield. In the pouring rain. Cheers, Summer. Appreciate it. But you know what…us Brits know how to handle a rainy June afternoon. With a big grin and a bigger brolly! And nobody had a bigger grin than Lou as she was escorted into the church by her dad, her chauffeur and a huge umbrella.

By the time the ceremony had finished, the rain had got bored and gone to find someone else to annoy, so Lou and Charles could bask in all their newly married glory and receive a barrage of hugs and kisses from friends and family. After that, it was off to Thornbridge Hall.

Thornbridge Hall is a bit bonkers. From the outside it’s all stately and regal, but once you get through the doors, it makes you wonder if you’ve accidentally stepped through a wormhole and ended up in some eccentric playboy’s mansion. But no. You haven’t. It’s real. And I love it!

After the guests had spent an hour or so just wandering around the different themed rooms and probably taking more photos than we did, everyone got down to business and settled into the tried and tested wedding reception method of eating, drinking and laughing. A lot.